Our agency is located in the center of the Gulf of Castellammare, immersed in one of the most scenic stretches of coast in Sicily.
We have been operating in the sector for about 7 years and, for this reason, we have been able to expand by owning exclusive sales assignments throughout Sicily.
We are precisely in Alcamo, a small town located at the foot of Mount Bonifato.

Within the Alcamo area there is also the hamlet of Alcamo Marina, popular in the summer as a holiday area.
Our beautiful town is famous for its wine production but also for its monuments, such as the Castello dei Conti di Modica, and for being the birthplace of one of the first exponents of Italian literature, Cielo (or Ciullo) d'Alcamo, the poet quoted by Dante to whom the "Contrasto Amoroso" is attributed.

In the immediate vicinity we have several places of great historical / cultural / naturalistic interest:click here 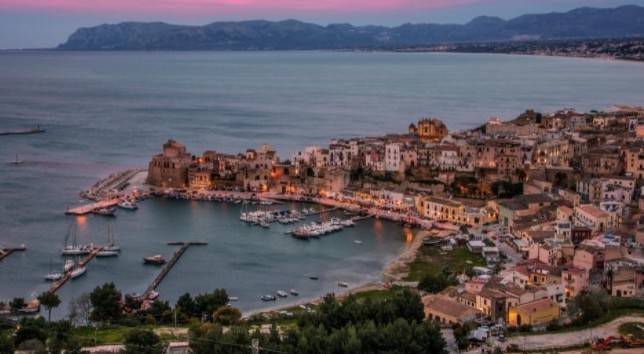 CASTELLAMMARE DEL GOLFO
Castellammare del Golfo is a pearl overlooking the Gulf of Trapani, here you will find the relaxation and beauty typical of the beaches of Sicily, the crystal clear sea and an ideal climate to enjoy a little relaxation.
The gulf of Castellammare is a real amphitheater on the sea bordered by Monte Inici on one side and bathed by very blue waters on the other. The landscape offered is very varied, starting from the rocky and jagged coast in the Scopello area, to arrive at the golden beaches of Guidaloca.
It is the spearhead of tourism for western Sicily. SCOPELLO
It is a coastal town, part of the municipality of Castellammare del Golfo in the province of Trapani, famous throughout the world for its stacks and for its beam.

Few inhabited houses, a small square and the scent of "pane cunzato" on the street, makes it one of the most characteristic destinations in western Sicily!

If you are looking for history, culture, good food and pristine sea you are in the right place! 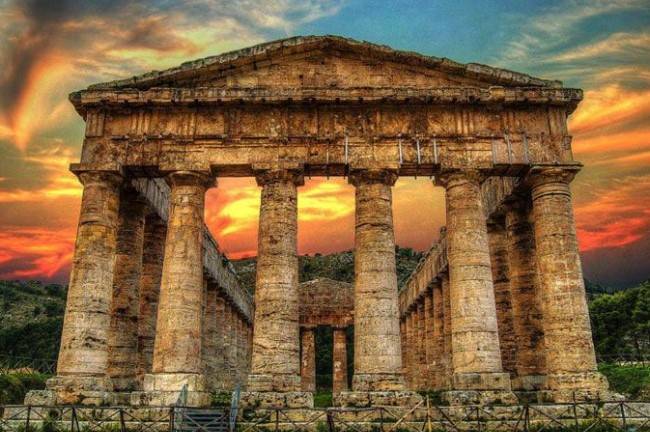 SEGESTA
If you love archeology, but above all if you want to experience the thrill of a step back in time, do not miss the visit of the Archaeological Park of Segesta.

Magical and still alive place, where history joins the myth and offers deep emotions. It was one of the main cities founded by the Elimi, it hosts one of the most fascinating and mysterious temples of Magna Graecia, it also offers a spectacular view from the ancient theater on the Gulf of Castellammare.

NATURE RESERVE OF THE ZINGARO
A wonderful and almost uncontaminated stretch of coast that extends between San Vito Lo Capo and Castellammare del Golfo.

One of the best known cities for tourism, internationally famous for its white sand beach and for the Cous Cous Fest, which every year, for over twenty years, has attracted tourists from all over the world. It is a symbol of integration and mixing of cultures, which perfectly summarizes the essence of our culture. PALERMO
More than a city, Palermo is a real jewel.
Palermo develops between Art Nouveau villas, Arab-Norman residences, Baroque churches, neoclassical theaters and Punic walls. The city of Palermo is one of the favorite destinations in Sicily, both in Italy and in Europe, thanks also to the perfect combination of sea and art.
His is the largest historical center of the old continent as well as the Botanical Garden where there are numerous very rare species. The Teatro Massimo, on the other hand, was the first opera house in Italy and today it is the third most important in Europe, after Paris and Vienna, and the first for the size of the stage.
Also famous for its street food, Palermo is a real open-air museum. 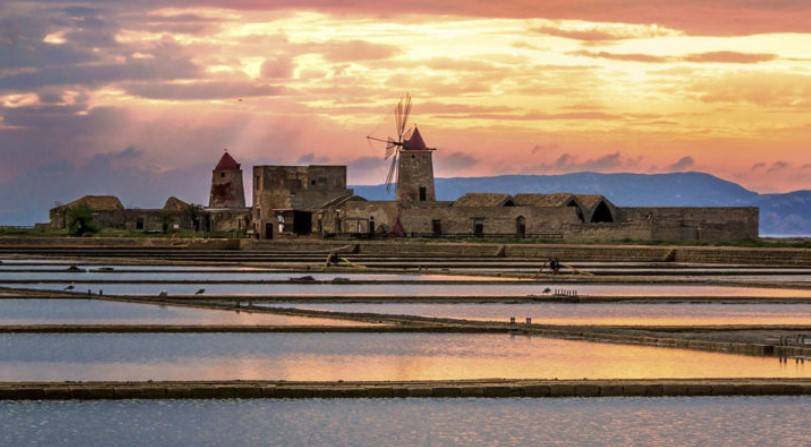 TRAPANI
It is also called "city between two seas" as it extends over a narrow strip of land, surrounded by the sea, which tapers towards the extreme point of Torre di Ligny and extends to the foot of the Erice hill. Of modern appearance, characteristic of the Trapani suburbs are the salt pans that extend south of the city, with the typical windmills used to grind the salt.
Very important recurrence not to be missed are "THE MYSTERIES", a religious procession that takes place in Trapani from Friday to Holy Saturday, for over 400 years: they are the artistic representation of the death and passion of Christ. BALESTRATE
Superb seaside village, located in an idyllic setting, also called "The land of sunsets", hosts many palaces and residences of particular historical and artistic interest.
To these are added several historic industrial buildings, including the Ingham and Florio wine plant, for example.
The main attraction of Balestrate is its emerald sea and its golden beach, on the west coast there are several bays and coves and also near the beach, in the direction of Alcamo Marina, there is a site of community interest consisting of more than 50 hectares of scrub pine, eucalyptus and tamarisk. 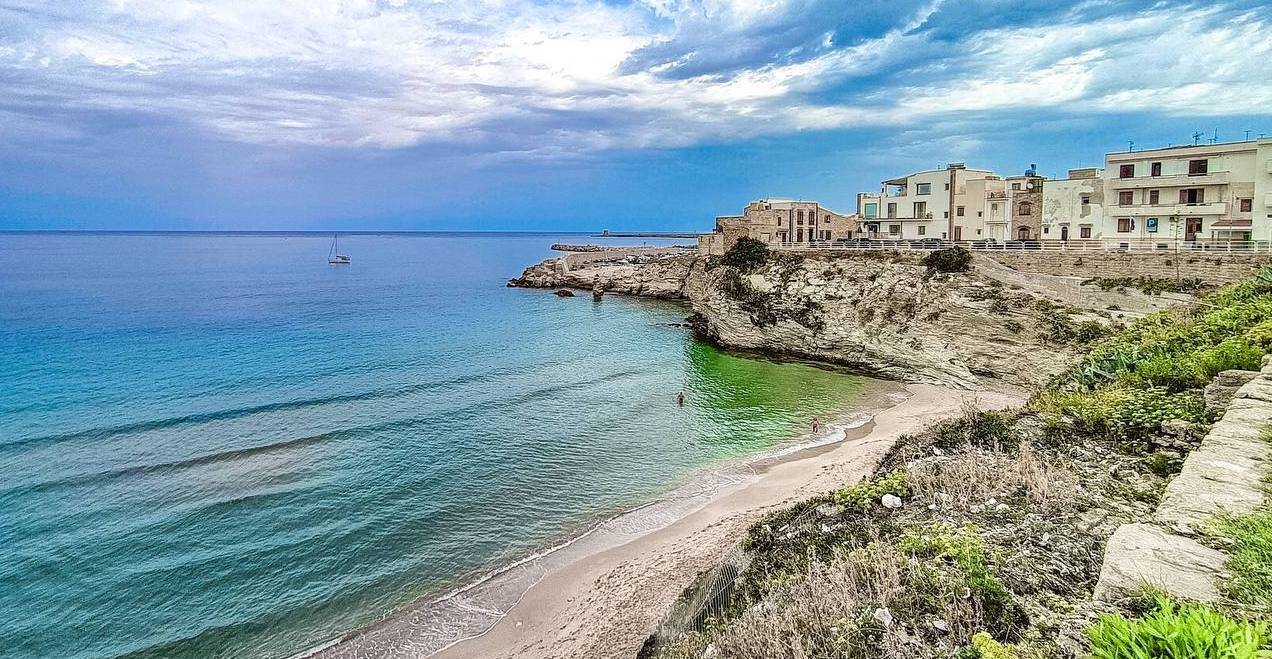 Located 30 km from Palermo towards Trapani, next to the Falcone-Borsellino airport, the coast of Terrasini is of a mixed type, alternating stony coves with high and steep cliffs overlooking the sea. The Capo Rama Nature Reserve is located near this splendid village, a paradise of significant naturalistic interest.
Do not miss the Cathedral, which is addressed to Maria Santissima delle Grazie, as well as the patron saint of the Sicilian city itself. 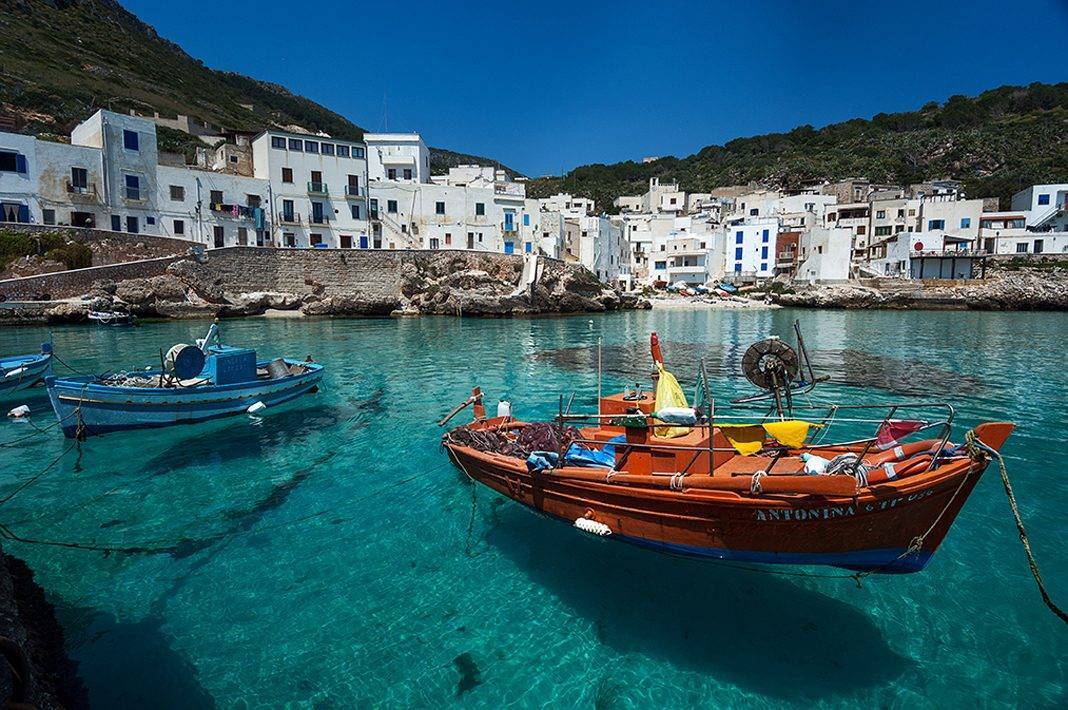 EGADI ISLANDS
This splendid archipelago is located a short distance from the cities of Trapani and Marsala. The archipelago consists of three main islands: Favignana (the largest), Levanzo and Marettimo. There are also six other small islets, mostly rocks, and the Stagnone Islands are also part of the archipelago, within the Protected Area of ​​the Marsala Salt Pans.

MARSALA AND RISERVA DELLO STAGNONE
Famous for the wine of the same name, Marsala is not one of the busiest tourist cities but rich in history. The Riserva dello Stagnone, made up of four islets and the Ettore and Infersa salt pans of the Sosalt [2], the Genna salina and the salina di S. Teodoro, is characterized by very shallow waters and the typical pink waters. MAZARA DEL VALLO
Overlooking the Mediterranean Sea, it is less than 200 km from the Tunisian coast of North Africa.
The old historic center, once enclosed within the Norman walls, includes numerous monumental churches, some dating back to the 11th century.
It has the typical features of the neighborhoods with an Islamic urban layout typical of the medinas, called Casbah (also Kasbah), of which the narrow streets are a kind of trademark.

Mazara del Vallo is home to numerous places of historical interest, which evoke the different cultural influences that have characterized its history. Famous all over the world for its fishing port and its fresh and abundant catch. It can be considered as the first Phoenician colony (IX BC) and then the maritime emporium of Selinunte close to it. SCIACCA
In Sciacca you can breathe the air of the East, famous for its Arabian palaces, a seaside, tourist and spa town, full of monuments and churches.
Here we find the very famous Bentivegna Enchanted Castle: a real open-air museum, a show created by the inventiveness of man and nature, where, in addition to the olive and almond trees, the heads dug and chiseled into the rock by one of the major exponents of art brut or outside art. The enchanted castle is a one of a kind.
The Sciacca Carnival is also a typical and very famous event, which has attracted tourists from all over Italy for over thirty years. SELINUNTE
Selinunte was an ancient Sicilian city located on the south-western coast of Sicily, in today's province of Trapani; today it is the largest archaeological park in Europe, extending for 1740 square km and including numerous temples, shrines and altars. It is in fact the last western bulwark of Magna Graecia and of the so-called "Western Greeks". AGRIGENTO
Cradle of one of the most important archaeological sites in the world, The Valley of the Temples (UNESCO World Heritage), Agrigento is also very famous for being the city of Pirandello, one of the greatest exponents of Italian literature.
From a naturalistic point of view, in Agrigento, we have a rare pearl: the Scala dei Turchi, a white limestone cliff in the shape of a staircase that has been sculpted by the wind and the sea. The contrast between the whiteness of the cliff and the turquoise water will leave you breathless.
All photography lovers will be really happy!
SO WHAT ARE YOU WAITING FOR? BUY A CORNER OF PARADISE!